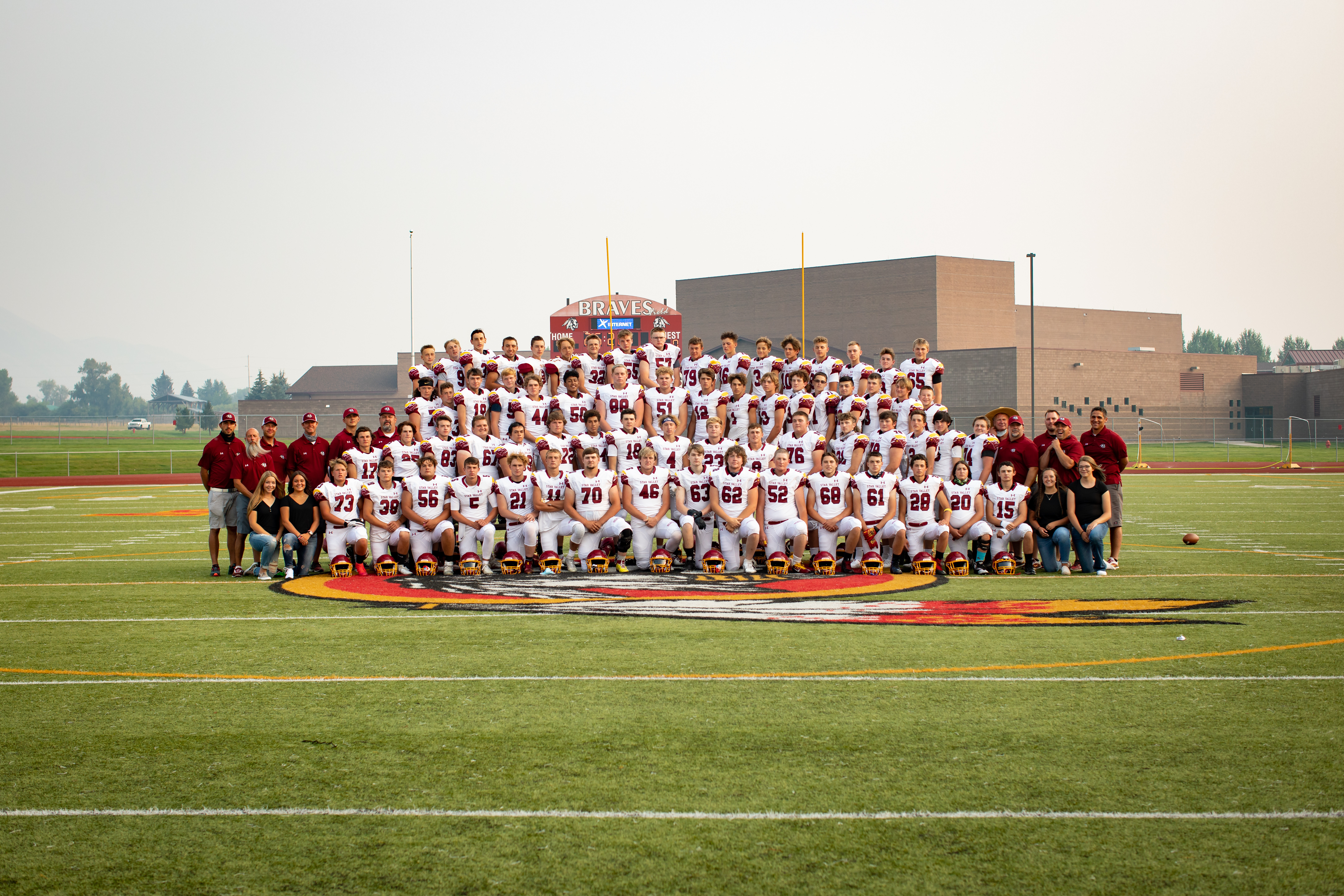 Please subscribe to our sports calendar online so you are notified of event changes.
Sports Calendar

Star Valley High School Football has a long and storied tradition. The first team was organized in 1928 by Coach C. Newell Peterson who coached through the 1934 season and compiled an overall record of 24-18-1. His wins total (24) served as the benchmark for Star Valley until Lew Monsen’s tenure in the 1960’s.

Referred to as the “Star Valley Athletic Club” in the early days, writers used slang unofficial nicknames such as “Aftoners”, “Cougars” and of course “Cheesemakers”, the last of which eventually became the school’s official mascot and nickname in from 1937 until November of 1948. At that time the Student Body Officers, citing the cost of putting “Cheesemakers” on every uniform plus the student agreement that it was not a proper nickname, changed the school’s mascot to “Braves” which it has been ever since.